How To GROW In Your Darkest Desert 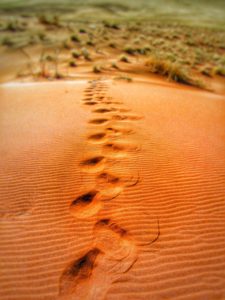 Sometimes life just sucks.  Ever been there?  You get hit with something and you are just crushed and there is nothing you can do.  It happens to all of us, and if it has not happened to you, get ready because it will.  Everyone goes through hard times, trials, failures or deserts.  Jesus even told us it would happen “In this world you will have trouble.” John 16:33 (NIV).

We are also told that God works all things out to the good of those who are called according to his purpose…  In other words, He uses the bad things or situations to accomplish the good things in his plan for people who love Him.  So how do we GROW through our deserts and trials even when we can see no way forward?

When you are wondering if God really cares, if he really hears you.  What can you do when it just doesn’t make sense? The Bible gives us many stories to illustrate the things not to do and the things we can do to GROW through our times of trouble.

The Desert has a purpose

The children of Israel had been slaves in Egypt for 400 years and with a mighty move of God they were coming out.  600 thousand men and around 2-3 million people are leaving Egypt heading to the land they were given by God.  Taking the straight path up the coast would have taken them around 2-3 months, but God had a different plan.  He decided they needed to go through the desert.

“When Pharaoh let the people go, God did not lead them on the road through the Philistine country, though that was shorter. For God said, “If they face war, they might change their minds and return to Egypt.” Exodus 13:17 (NIV).”

The Desert prepares you for the future.

He knew that they were not ready for battle yet.  God knew that they had not yet developed the faith in God to possess the land and defeat its inhabitants.  So He parts the Red Sea and they walk through on dry ground.  Then Pharaoh who has now changed his mind is drowned in the sea that they just walked through.   It took faith to make that first step towards the sea, but God had been building their faith by the miracles they had seen in Egypt.

The Desert lets you learn to overcome pessimism

Three days later the people of Israel began to complain.  They were out of water and the spring they had come to was poisonous.  Even though they had seen the miracles God brought in Egypt and the parting of the Red Sea, they were still pessimistic.  The people were still focusing on their trial instead of the source of their provision.

This is the first miracle in the desert where God provides for their needs.  God heals this water then takes them to a place with plenty of water.  They still have a problem though

The Desert breaks down Prejudice

Around 75 days into their journey the people of Israel begin to run out of food.  They had been forced out of Egypt with very little time to prepare and they had thought they were going on a 2-3 month journey.

“The Israelites said to them, “If only we had died by the Lord’s hand in Egypt! There we sat around pots of meat and ate all the food we wanted, but you have brought us out into this desert to starve this entire assembly to death.”  Exodus 16:3 (NIV).”

God began providing manna from heaven each day but they eventually complained about that as well.  So God gave them meat to eat as well.  The pessimism and prejudice seemed to annoy God a bit, so he gave them so much meat that they became sick of it.  There is such a thing as too much of a good thing. 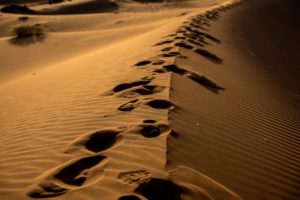 How Do You Grow In Your Desert?

We have looked at an example of a purpose for our trials and a few things that should be avoided.  So let’s look at what we can do to avoid pessimism and be transformed by our trials.  The people of Israel still had some things to learn before they were going to get to go to their promised land.

Get the right perspective

A short time later the people of Israel were complaining again.  The people had moved a few more times and were at another dry place in their journey.  Still they seemed to be in a mode of pessimism and prejudice but could there be another reason for their reactions

“But the people were thirsty for water there, and they grumbled against Moses. They said, “Why did you bring us up out of Egypt to make us and our children and livestock die of thirst?” Exodus 17:3 (NIV).”

They still had a wrong perspective and seemed to be operating with a slave mentality.  When they came to the promise land this mentality once again sprang up.  God had given them a prophecy that he would give them the land over the span of a year and he would drive out the people who were there.  Twelve men were sent in to spy out the beautiful land.  They came back saying the land has abundant crops and water, but it has strong people in it.

Ten of those men remained pessimistic saying that they could not take the land.  Two chose to focus on what God had said rather than the problem before them.  They had broken the slave mentality, saying we will go up and fight and God will provide the victory.

Remember what God has done

The two men, Caleb and Joshua, remembered the miracles that God had performed.  They remembered his promises to them and their ancestors.  Remembering this gave them the perspective to see that God could give them the land as He promised.

We should do much the same thing.  We can read our Bibles and see the many times that God provided provisions in the times of testing.  It is also a good idea to write down when God provides for us.  If you are in a trial and you don’t already have a list.  Sit down and start writing all the ways you have been blessed in the past.  Don’t just write the big things, record the smaller things as well.  There is an old poem that goes something like, “count your blessings one by one and it will surprise you what the Lord has done.”

Remembering what He has done is an awesome way to curb Pessimism and Prejudice….

Open your Ears and your Heart

The children of Israel had it pretty good in their desert.  They had a physical presence of God with them and Moses who spoke to God face to face.  The cool part is they never had to wonder about what direction to go.  They had a cloud that would settle on the tent of meeting (their holy place).  When it would rise and move they would move and follow it.

Most of us God does not speak to in an audible voice. However, a Christian has the presence of God with them in the form of the Holy Spirit which will guide them.  God will also speak to of through his Word the Bible and through other people.  It may be a pastor, a friend or even a child who says something that guides us through our times of trial.

The important part is learning to listen to those small tugs and nudges that guide us.

Worship the Who and not the what

Many time through the children of Israel’s journey they were taught and told to worship.  They would prepare themselves by worship and cleansing before going to battle.  One instance when Moses held his hands up in praise they would be winning and when his hands would drop they would start losing.

“Praise the Who and not the What…”

Growing in Your Desert

Trials, tribulation, and Deserts are not fun.  They are generally painful but they can serve a purpose if we will let them.  If we GROW through them they can make us into what God wants us to be.  It is a process that transforms us.  It is a process much like silver, it starts with a rock that most of us would not even look twice at.  A geologist or engineer who sees it doesn’t see just a rock they see silver. 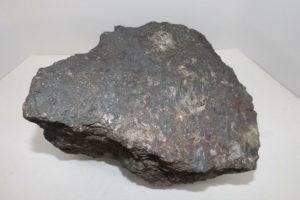 Then the rock is crushed, but it still would look like a pile of gravel to most.  Next, they start to apply heat as it is heated all the impurities begin to float to the top.  The person who knows what he is doing then skims the impurities off until they are all gone.  How does the silversmith knows the impurities are gone?  When they can see their reflection in the silver.  Much like us the more impurities we remove the more we reflect him.  Even then the work is not done.  The silver still has to be molded, and hammered and polished into something useful…..  As James says “Consider it pure joy, my brothers and sisters, whenever you face trials of many kinds, James 1:2 (NIV)” because they make you into what you are destined to be.